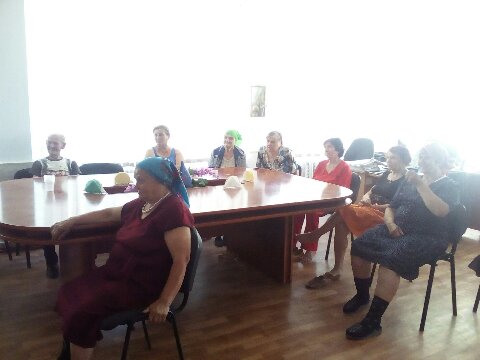 Popular movie „Dănilă Prepeleac” is being watched this week in the “Încredere” Community Center. The newly established practice of watching movies every week in our center is going on, at this time with „Dănilă Prepeleac” movie, which is a Moldovan production of the Buciumul” cinema, played by the famous actors from Satiricus theatre. This movie was produced in 1996 under the direction of Mr. Tudor Tataru. It is based on a story written by Ion Creanga and published on March 1st 1986 in “Convorbiri literale” newspaper Iasi and is considered to be a successful example of Romanian humor of the 19th century.